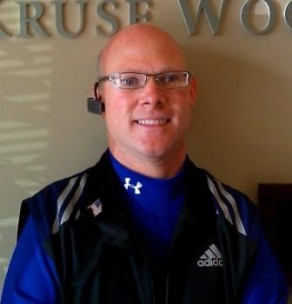 “I had a surgeon who told me that he would have to fuse the bones in my legs or amputate it,” Brian said. “That would have ended my life – With this non-surgical treatment, I got results within 3 months and I can walk again.”

Brian Stone was born with a disease called arthrogryposis, a muscle and joint disease causing multiple joint contractures from birth.

“I’ve had 14 orthopedic surgeries just on my legs and feet and not all of them have helped,” Brian said. “I had club feet when I was born and had to have my Achilles tendon cut twice so I could walk. I’ve broken most of my bones because I take a lot of falls due to the condition.”

However, Brian is not one to be stopped. When he was around 13 or 14 years old, he got involved in the martial arts. He now has his First degree black belt. As an adult he started weight training and liked it so much, he became a personal fitness trainer, motivational speaker, and business owner of First Step Fitness.

“I was working so hard with my clients, I wasn’t taking care of myself,” Brian said. “I ended up in an electric wheelchair to get around when I had to do walking or standing. I couldn’t stand up straight for more than 20 minutes. I was in so much pain. I got referred to Reflex Clinic by Joni at Laurelhurst Physical Therapy.” 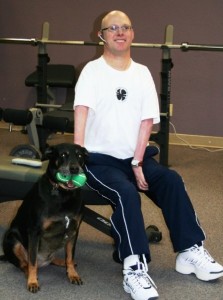 The doctors at Reflex took X-rays of Brian’s knees and found osteoarthritis in his right knee. He said they started working on one since it had a high level of pain. More recently, he also had his left knee X-rayed and found that it was partially fused.

“These guys are the nicest doctors I’ve ever met,” Brian said. “And believe me… I’ve met hundreds in my life. The office is very relaxing and the staff was great too.”

“Through developing my transverse abdominals with Joanie, the injections, and the BioniCare System and brace, I can stand up straight for 15-20 minutes,” Brian said. “I couldn’t go shopping but now I can. I am back to doing all of my martial arts. My pain is almost completely gone. I am going to the gym every other day and lifting heavy weights.”

“I had a surgeon who told me that he would have to fuse the bones in my legs or amputate it,” Brian said. “That would have ended my life – I couldn’t have done any of the things that I love. With this non-surgical treatment, I got results within 3 months and I can walk again. The injections will also help prevent more osteoarthritis from setting in.”

“My life has done a 360 degree turnaround! Thank you Reflex – You have totally changed my life. God Bless You!!”