There is a large body of research evidence that dietary fatty acids have an influence on inflammatory joint diseases. 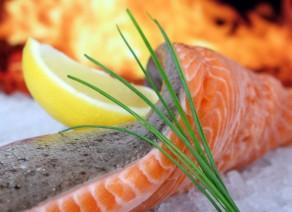 There is a large body of research evidence that dietary fatty acids have an influence on inflammatory joint diseases. The Omega-6 and Omega-3 families of fatty acids play primary roles in the body’s inflammatory process. The proportion of specific fatty acids in inflammation mediating cells is determined directly by our diet.

Omega-6 Fatty Acids are the most predominant type in the human diet. These omega acids include: Linoleic Acid (LA) and Arachidonic Acid (ARA). These FAs are pro-inflammatory and have been determined to worsen the inflammation associated with diseases such as osteoarthritis. Foods that are high in Omega-6 FAs include: beef from cattle that are fed grain, conventionally produced eggs and corn oil.

Omega-3 Fatty Acids are less plentiful in the western diet. These include: Eicosapentanoic Acid (EPA) and Docohexaenoic Acid (DHA). These FAs are much less inflammatory. They also block the inflammatory effect of the Omega-6 FAs in our diet. Foods that are high in Omega-3 FAs include: flaxseed, walnuts, soybeans, fish, wild game and livestock that feed on grasses.

Fish oil is the most popular source of Omega-3 FAs on the market. There is significant research evidence that Omega-3 FAs affect both the inflammation and cartilage degradation in patients with degenerative joint diseases. The minimal effective dose is considered to be 2.5-4 gm or more daily of EPA plus DHA. For best results, also decrease intake of foods high in Omega-6 FAs.

We’ll customize a supplement plan to protect your joints and aid in pain relief. Call our office at (503) 719-6783 to schedule an appointment.