Platelet-rich plasma therapy better known as PRP, is becoming an increasingly popular option for people who don’t want to go under the knife, or on prescription drugs for knee and joint pain relief. 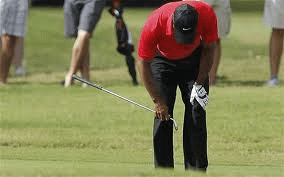 Platelet-rich plasma therapy better known as PRP, is becoming an increasingly popular option for people who don’t want to go under the knife, or on prescription drugs for knee and joint pain relief. The therapy is quick, non-invasive, and has little to no side effect risk for those who go through with it.

The therapy is also becoming the go-to treatment for athletes whose livelihood counts on the health of their knees and joints. Athletes at the top of their game such as Kobe Bryant, Andrew Bynum, Alex Rodriguez, and Hines Ward have all been linked to successful PRP therapy in the past. One more athlete – Tiger Woods – opted for the treatment over Achilles surgery. How well did it work for him? Let’s first find out how PRP therapy works, then take a look Tiger’s treatment.

The logistics of a PRP injection are pretty simple: a small vial of blood is taken from the patient, the blood is then spun in a centrifuge to concentrate the platelets, and then the platelets are injected into the problem area. That’s it. Platelets are what the body uses to heal itself, so the therapy is just used to speed up and enhance the body’s natural healing process. Because it uses the patient’s own blood, there is very little (if any) risk for rejection.

A few years ago Tiger Woods was in the news for all of the wrong reasons. Extra-marital affairs, car crashes, voicemails to girlfriends, etc. and it all overshadowed the PRP therapy that worked so well for him. In an interview with reporters surrounding human growth hormone accusations, Woods explained that he was actually receiving PRP therapy:

“I had PRP, platelet-rich plasma treatments, and basically, what that is, is they draw blood from your arm, spin it in a centrifuge, and take the plasma out and insert it into the injuries. Well, as you all know, in 2008, I blew out my ACL. And part of my reconstruction of my LCL wasn’t reacting properly. It was a little bit stuck, and so I had the PRP injection into my LCL.

And then, in December, I started to train, started running again, and I tore my Achilles on my right leg. And I then had PRP injections throughout the year…And did everything I possibly could to heal faster so I could get back on the golf course, you know, through the PRP injections.”

So, how did Woods do after the PRP injections in December of 2008? Well, in 2009 he had one of the best years of his career. In the 17 events he played in, he made the cut in 16 of them. He won six of the events, finished second in three others, and finished in the top 10 in all but three. He earned over $10 million on the tour alone, and was given the following awards that year: 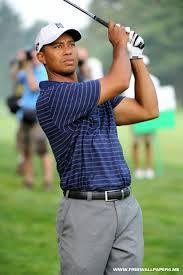 It was a pretty stellar year for the world’s best golfer. Anyone who’s had Achilles troubles knows just how painful and troublesome they can be. Recovering from Achilies surgery can take up to six months, and some people say it can take years before they feel back to normal, very similar to the recovery process for knee replacement surgery. The fact that Woods avoided surgery, dominated the field, and won every golf award humanly possible speaks to the effectiveness of PRP therapy.

Walking is an enormous part of golf, and someone like Woods has a lot to lose by taking 6 months off to heal from surgery. The PRP therapy allowed him to stay on the circuit, walk everyday on the golf course, and dominate the field.

If you think PRP therapy might be right for you, schedule a consultation with one of our physicians today. It’s a viable treatment for anyone who wants to avoid surgery and dependence on prescription drugs.