Running and Knee Osteoarthritis: A Review

For years doctors have seen that anecdotal evidence clearly shows a correlation between distance running and its relationship with osteoarthritis (OA) for the knees and hips. 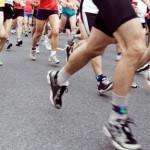 For years doctors have seen that anecdotal evidence clearly shows a correlation between distance running and its relationship with osteoarthritis (OA) for the knees and hips. That has led them to try to determine the causation between the two. We take a look at three different medical journals to try and determine if long distance running increases the rate or severity of knee OA.

This study from Denmark evaluated the instances of osteoarthritis in the knees, hips, and ankles of individuals who had been serious, competitive, long-distance runners in their 20’s and 30’s. All but three were still actively running 40 years later and ran an average of 12-24 miles a week.

They compared them to a control group of 27 non-runners who matched the first group in “age, weight, height and occupation”. They found no differences between the groups when it came to their range of motion or joint alignment. The researchers also measured the cartilage thickness for members of each group, noted the grade of OA and if any osteophytes were present. They found no significant differences between the runners and non-runners. They concluded their research stating that they did not believe long-distance running is “associated with premature osteoarthritis of the joints of the lower extremities.”

2006: A Review of OA Clinical Studies

In 2006 doctors did a review of the existing literature about long-distance running and its’ relationship to the development of OA in animals and humans. They found that after reviewing the research findings that it was unclear if long-distance running caused an increased risk of developing the disease. In fact, it might have “protective effect against joint deterioration” and recommended additional research be conducted to determine a positive connection between running and joint deterioration.

This was a long-term study conducted with a runners group compared to a control group of individuals between the ages of 50-72. Every person in both groups had their knee cartilage evaluated radiographically and assigned a score based on their imaging results and regression analysis conducted every two years.

The researchers concluded that “no significant associations were seen with gender, education, previous knee injury, or mean exercise time.” They saw no clear causal relationship between long-distance running and the development and progression of knee osteoarthritis. 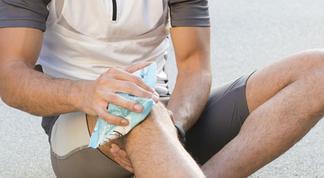 Across the board, the research seems to be giving runners good news! The results show that being a long-distance runner does not increase your risk of getting knee osteoarthritis. Feel free to hit the pavement guilt free, you aren’t hurting your knees, it may be proven one day that you’re even helping them. But if your knees are bothering you, rather than give up something you love, come see us instead and we’ll see what we can do to get you out of pain, but keep you running.