The Life and Language of Osteoarthritis – Part 1

Waking up on her 30th birthday to pain in her thumbs, later associated with osteoarthritis (OA), came as no surprise to Dr. Fran Lawson. 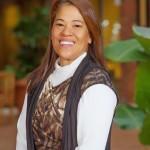 Waking up on her 30th birthday to pain in her thumbs, later associated with osteoarthritis (OA), came as no surprise to Dr. Fran Lawson.

“With OA, it’s genetics. My mom [who went to medical school as well] understood what it was and she had OA everywhere; her spine, her hands, her knees, she would medicate with NSAIDs, but I remember as a kid her always complaining about the aches and pains.”

Despite the daily pain Dr. Lawson’s mother remained an avid gardener, getting out every day to work among her flowers and vegetables; an activity Dr. Lawson credits to keeping her mother’s OA from becoming debilitating, “She kept getting up and out, kept moving; I love to spend time in my garden now whenever I can”.

Following in her mother’s active footsteps Dr. Lawson was an avid skier for her whole life. But, like most of her patients there were activities she began to give up due to the knee pain she experienced- it was time to get off the slopes, “In high school my dad would write notes to get me out of class for week-long ski trips, it was great, but, yeah… downhill skiing just became too hard on my knees, so I stopped going up the mountain.” 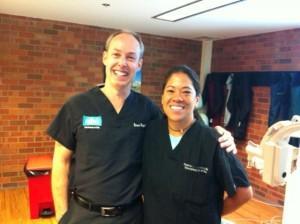 Before Reflex, Dr. Lawson was working out of Tuality Emergency Dept. with the soon-to-be founder of Reflex Dr. Russ Riggs. Dr. Lawson recalls, “We were friends for years working together, so after we had both moved on to other jobs when the call came that he wanted help at a local clinic he started: I was in.”

At this point, OA had already begun to take hold in her hands, and an all too familiar path of using NSAID medications was her way to manage the daily pain. “I took a lot of Motrin, eventually, I even got gastritis, but I didn’t know what else there was to try”.

Not the type to slow down, Dr. Lawson began balancing her quiet gardening time by volunteering as a team medic with Clackamas County SWAT shortly after starting at Reflex in 2011. Standing 5 feet 2 inches she began running the drills, and doing the job of caring for team members, all while carrying her 30+lbs. of SWAT gear, “I have my medic gear, ballistic vest, gas mask, and probably a few pounds of ammo”.

It was only a few months before her knees began to notice the occasionally added weight as well, but by this time Dr. Lawson knew what the pain meant and had the good fortune to be working at Reflex. “I was destined to get it [knee OA], so it wasn’t a surprise when we did the Xrays and we all said ‘Ooo, that doesn’t look too great’”. Thankfully she was now prepared with multiple treatment options to combat the progression of OA.

Anti-inflammatory supplements instead of NSAIDs, and using ice after activity helped to start, but soon she was ready to get serious about her knees and turned to the Hyaluronic Acid (HA) injection therapy so many of her patients had found relief from. When seeing patients every week who are looking for solutions to their knee pain, she is able to empathize with their feelings and frustrations, “When they try to explain the pain they’ll say it’s like a knife or grinding, and I understand exactly- I speak OA”.

Next Month: Taking the First Steps: The Life and Language of OA- Part II, with Dr. Frances Lawson